On our first night in Edinburgh, Vanessa and I found ourselves in a beautifully kitsch bar/restaurant called ‘The Newsroom’.

The two of us had been umming and ahhing about where to eat for a good half hour before deciding on this place (always going back to the first place we see! Go with your instinct!). We didn’t fancy a large sit down meal that night, but more of a pub grub type deal.

Here, we both ordered a Breaded Chicken Schnitzel with Lea & Perrins Roast Onions and Basil Mayo…. and oh my gosh it was the best non- decision we had that day! It was so tasty that I couldn’t not try to make it at home! 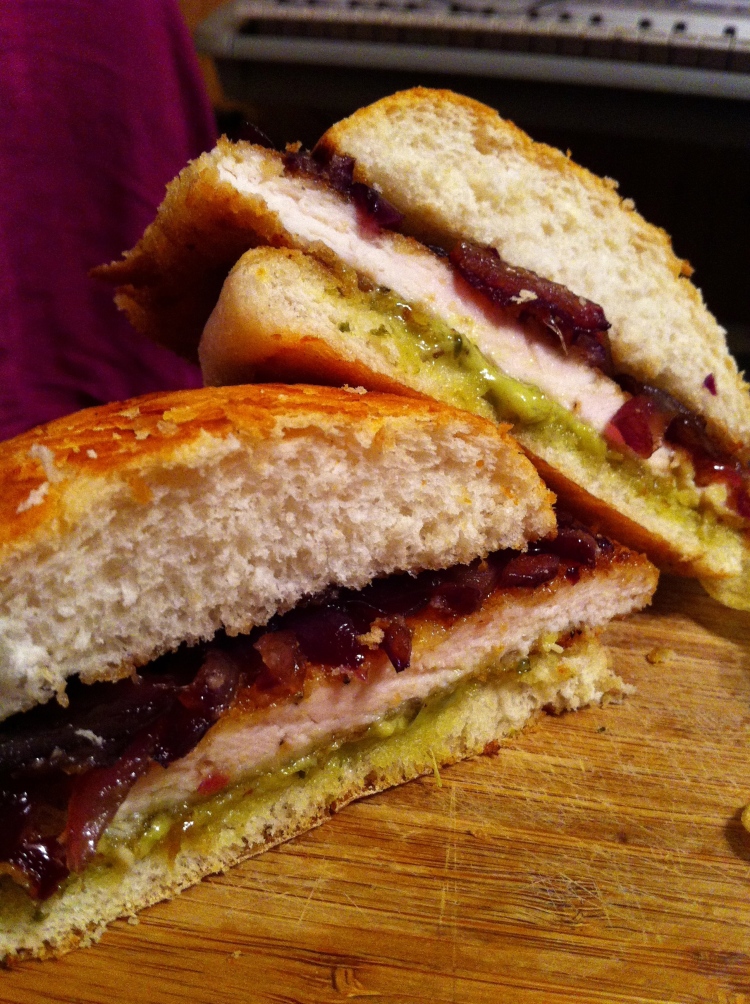 Ok, so I may have cheated and just caramelised the onions in a pan instead of roasting, and used pesto in my mayo instead of fresh basil…. but i’m all about the shortcuts if it means I get to eat sooner!

pinch of salt and pepper

Slice the onion and cook in a pan over a medium heat with the butter, sugar and Lea & Perrins until softened and browned.

Between two sheets of cling film flatten the chicken breast using a rolling pin. Sprinkle with salt and pepper, then coat in the flour, egg, then breadcrumbs. Shallow fry on both sides till golden.

Stir together the pesto and mayo.

Slice the bread roll in half and lightly toast both halves.